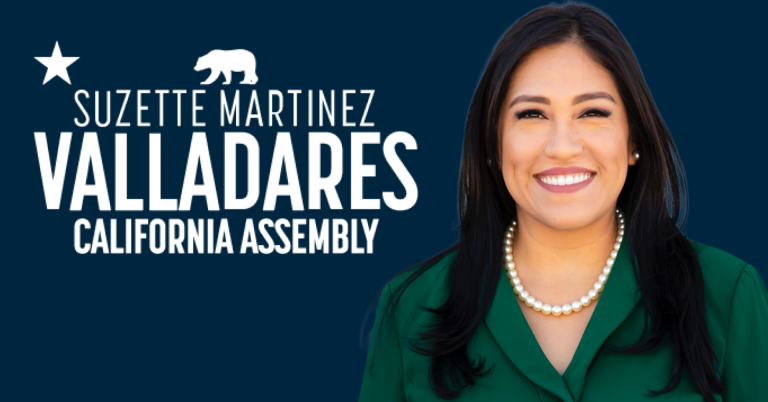 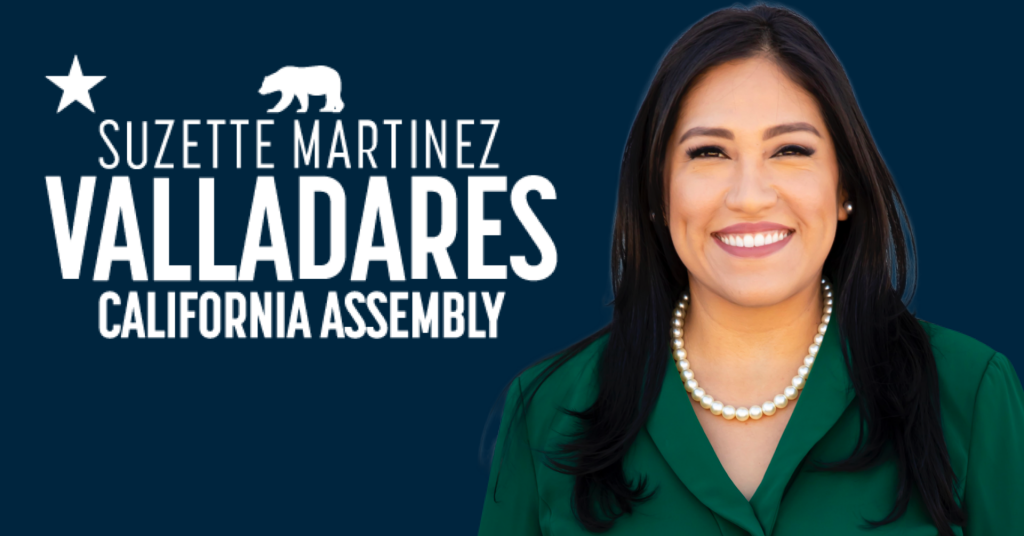 Suzette Valladares is an educator elected to the State Assembly in 2020. She has earned a reputation of delivering results for the people she represents in the Santa Clarita and San Fernando Valleys. She was born and raised in the San Fernando Valley, went to Cal State Northridge, and her father still own and operates an auto-repair shop there. In the State Assembly, Suzette brought vaccine clinics to her community early in the pandemic, and co-authored landmark legislation providing access to preschool starting at age four. She is a Republican and supported by both Republican, Democratic, and independent leaders.

Suzette’s path to the California State Assembly was an unlikely one. Suzette worked her first part-time job at Six Flags Magic Mountain. After college, she remained close to home serving as a district representative for former local Congressman Buck McKeon. During that time she was honored as a “SCV 40 under Forty” by the Santa Clarita Business Journal. In 2012, Suzette left the public sector and became Executive Director of Southern California Autism Speaks.

After her mother’s passing in 2018, Suzette was asked to assume her mother’s role as an educator and ran Little Steps of Faith, a faith-based non-profit preschool that provides quality childcare to underserved families in the San Fernando and Santa Clarita Valleys.

Suzette was elected to the California State Assembly with 76% of the vote in November 2020.

Suzette and her husband Shane live in Santa Clarita with their daughter Charlotte.